Swai fish is largely farmed and imported to the US from Vietnam.

A 2011 study using government-collected veterinary drug violation data from 2000 to 2009 across four inspecting bodies (European Union (E.U.), United States (U.S.), Canada, and Japan) found that Asian seafood products, including shrimp and prawns, catfish (or fish sold as catfish) were most frequently in violation of veterinary drug residue standards. Specifically, the study also found Vietnam had the greatest number of violations among exporting countries.

While this may not be enough proof to say that one shouldn’t be risking one’s life eating fish like Swai, it does provide a basis to consider other options.

Today we are going to compare Swai fish vs Catfish.

Have you ever wondered if there were reasons to avoid Swai fish? or perhaps wanted to know if there were similar alternatives to swai fish?

It may be you are a bit confused if swai fish the same as catfish?

As we examine Swai fish vs catfish, we will consider their nutrient contents, taste and their Pros and cons. 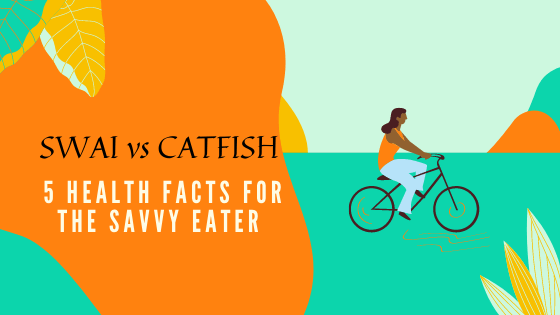 Did you know Swai fish is often fed rotten feed and kept in undesirable water conditions?

Here are the top 5 reasons why you should consider replacing Swai fish with healthier options of fish like Catfish:

Swai fish is prone to immense bacterial growth. Researchers over the years have found the presence of bacterias like e.coli and Vibrio Bacteria, medically termed as Vibrio spp. This bacteria in particular is known to cause shellfish poisoning and can be hazardous if the Swai fish is consumed raw or undercooked.

Swai fish is popularly farmed in Vietnam, in the Mekong River. Which also happens to be one of the world’s most polluted water bodies.

But how do the fish survive in such conditions?

Pangasius or Swai fish naturally have the tendency to thrive well even in nasty water conditions, unlike other freshwater fishes.

They are thrivers. They feed on whatever food is available. The farmers use this to their advantage and make extra profits by often feeding the fish with rotten foods that aren’t advisable. But little do they know that you are what you eat.

Not only this, Swai fish are farmed in overpopulated and crowded environments, which affect their health and growth. For which they are administered high doses of hormones. Overcrowded ponds also cause the fish to go under stress and result in diseases.

Due to the sleazy conditions, the fish are kept in, diseases are common. For which administration of heavy antibiotics is a norm. These antibiotics run in their bloodstream and settle in their flesh. Making the flesh contaminated.

Due to the unhealthy conditions of the swai fish breeding farms, it is a common practice to use pesticides, disinfectants and other chemicals. These contaminants affect the fish’s meat and its consumer.

But that’s not all, the contaminated water is sooner or later released into the rivers and seas. This improper disposal of water is hazardous for the environment.

Swai fish also contains high levels of mercury. A study carried on imported, frozen Swai fish concluded that over 50% of the products contained mercury and other chemical levels far above the World Health Organizations limit.

See related post: How To Make Money On Catfish Farming

You may also be interested in: Where does Swai Fish come from? Its Odd History and Origin

Some common alternatives to swai fish include other white-fleshed fish, like:

Catfish is by far one of the closest matches to Swai fish, both in terms of taste and affordability.

While catfish isn’t as cheap as Swai, it also isn’t sold at top dollar.

Which means in comparing swai fish vs catfish instead of cutting out fish completely from your meals, you can keep them included, as catfish is a healthy and an affordable substitute to swai fish.

Related post: Is Catfish A Good Fish To Eat?

A study carried on imported, frozen Swai fish concluded that over 50% of the products contained mercury

Is Swai Fish The Same As Catfish?

No, Swai fish and catfish are not the same. But they can be used interchangeably as they both have the same flaky texture and almost similar taste.

Swai fish has the most basic fish-like taste that can be replaced easily with most white-fleshed fish. But it’s the price that makes it stand out.

In fact, Swai fish is one of the most common fish to be used in place of other fishes, sometimes by mistake, while most times on purpose.

Since swai fish is cheap, it is used in restaurant meals where no specific name of fish is mentioned. For example, fried finger fish. Chances are that it is swai fish.

Until 2003, Swai fish was considered a catfish. Which it obviously isn’t— despite the similarities they are both different types of fishes.

In 2003 the US Food and Drug Administration made it illegal to sell any fish other than the ones from the family of Ictaluridae, under the name of catfish.

This meant Vietnamese catfish could no longer be sold as catfish, as it doesn’t belong to the Ictaluridae family.

It belongs to the Pangasiidae family – so people now started addressing it with other names.

Striped Basa, panga, pangasius, Vietnamese catfish, tra, siamese shark, iridescent shark, cream dory were some of the names given to Swai fish over the years.

Until the more common and popularly used term, Swai fish was introduced in the market.

To give you a better idea about the use of catfish in place of Swai fish, here’s a detailed comparison between the two:

In terms of nutrients, there is no better choice than catfish, if you are looking for an affordable meal, with all the healthy nutrients intact.

This nutrient information suggests that Swai fish is a moderately nutritious fish. There are plenty of other fishes that are far richer in nutrients.

Other beneficial nutrients include selenium, vitamin B12 and niacin.

The same amount of catfish- 4oz or 113 gms, includes similar amounts of protein, around 15 grams. Catfish is highly rich in omega-3 fats, making it a crowd favourite. It has up to 100 to 250 mg of omega-3 fats and low carbs.

While Swai fish is rich in selenium, vitamin B -12 and Niacin, catfish is rich in omega-3 fats. A common variety or catch of 20 has up to 250 mg of omega fats. Which is almost 20x times the amount present in swai fish. They both have the same amounts of Protein, which alone is up to 30% of the daily protein intake. 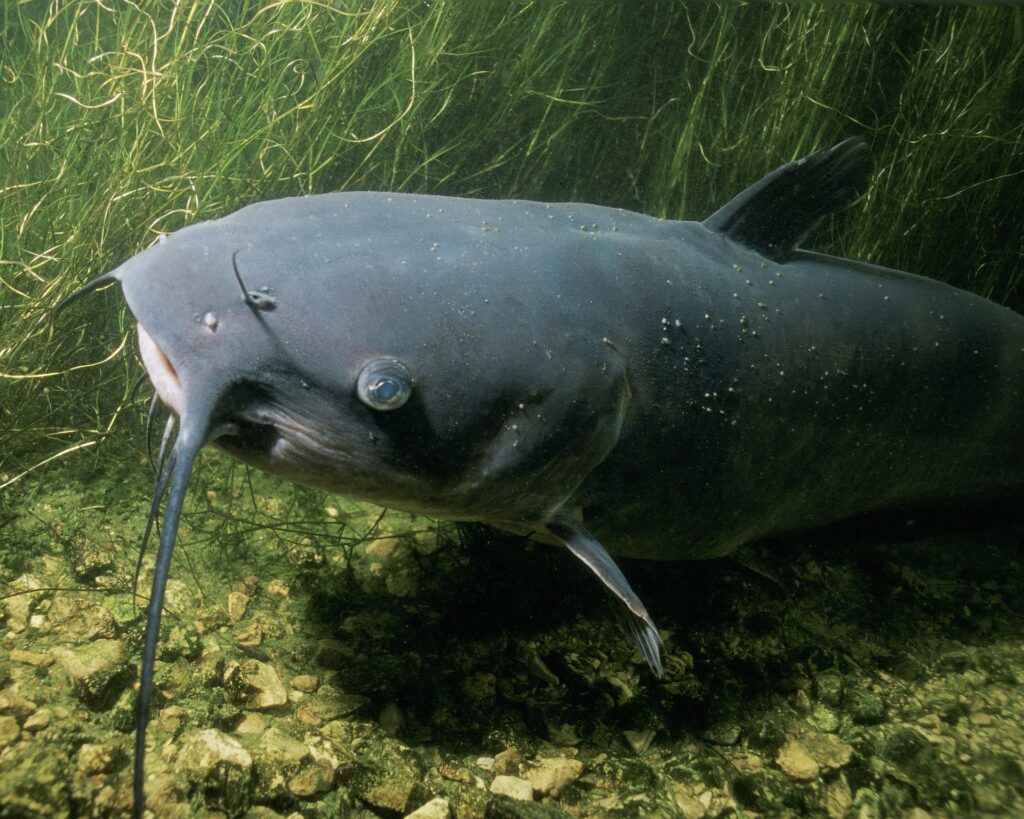 Both the fish have a similar texture and flavour, that includes a sweet aftertaste, and a flaky texture.

Both of them are versatile and can be used in a variety of different ways.

Boil them, broil them, steam them or fry them. Either way, they taste similar yet have different nutrient profiles.

The difference in price is justifiable as catfish is better in terms of nutrition and other factors like – environmentally friendly and less likely to be contaminated.

Swai Fish are imported Vietnamese fish. They are born and bred in swamped lakes, and sometimes even cages, in the polluted waters of the Mekong river. The farming conditions are often unnecessarily stressful.

While catfish are a freshwater fish, bred in large states of America. Enjoying a more eco-friendly environment, eventually resulting in better growth and overall health. Catfish can, however, survive the stressful conditions even of a stagnant pond. Yet catfish breeders in America oblige with the farming practices and make sure to not create a stressful environment for the fishes to survive.

Considering you are what you eat, Swai has a particularly unhealthy diet. Making it an even unhealthier choice of option for food.

Unlike catfish, Swai fish is made to feed on Rice bran, along with soybean and canola, none of which are healthy diet options for fish. But that isn’t all, these fish are also fed with hormonal therapies, either through water or through their feed. Making them grown in less than half the time.

Now if this isn’t harmful to the fish, I don’t know what is.

Also, these hormones travel through their bodies to the consumers, creating havoc, especially on reproductive systems.

In the Swai fish vs Catfish battle, catfish takes away the win, as it is more environmentally friendly, nutrient-dense and also reasonably priced.

You may also like: Top 5 Health Benefits of Smoked Catfish

Unlike catfish, Swai fish is made to feed on Rice bran, along with soybean and canola, none of which are healthy diet options for fish

All in all, fish like catfish are a good option to remove Swai from your diet and include a healthier even tastier option instead.

For more information on catfish or tried and tested recipes, see our Catfish Nuggets Recipes and Catfish Tachos

So what do you think about swapping swai fish for some other healthier alternatives?

Are you still in doubt about who wins the Swai fish vs Catfish battle? Share your thoughts with us using the comments box below.

We love to hear from you.