Other species of fish always overshadow catfish mainly because of the myths surrounding it.
Questions like, Is catfish a good fish to eat?
Is catfish safe to eat? are often hurled around.

The truth is, yes, catfish is pretty much safe to eat; in fact, it is healthier than a lot of other fish that are hailed as healthy fish.
Here are a few Catfish health benefits to make you realise it’s worth:
– They are a rich source of Vitamin D and Vitamin B12.
– They are a good source of Omega 3 fatty acids.
– It is a protein-dense food.

These are just a few benefits to name, to find out more, check here.

Catfish Feed On The Dead

Yes, catfish do feed on dead fish and chowder. But that doesn’t mean they feed on that alone. They love eating, anything dead or alive, which makes them more opportunistic than lazy.
That being said, catfish are quick to attack fish, it leaves no opportunity to hunt down and eat whichever prey it sets eyes on.

Catfish Have High Levels Of Mercury And Other Toxins

Mercury toxification or metal toxicity is real. But catfish is the last fish you should think of when it comes to high levels of mercury or any other toxins.
Reason being, catfish, have low levels of fat as compared to other fish like trout and mackerel. And heavy metals tend to store in fat.
Like all fishes, catfish may have some mercury present in it, but nothing that can cause harm, especially if you catch young catfish, as the mercury levels build up over time.
So next time someone questions, is Catfish safe to eat? Remind them that catfish ranks third after anchovies and sardines, for fish with the least amount of mercury present in them.

Whereas herring and mackerel have double the amount of mercury present in catfish. While sharks, swordfish and eels lead the way with the most amount of mercury, deeming them unfit for our diets.

Honestly, in my opinion, this is the most absurd myth of all as it relates to answering the question “is catfish a good fish to eat?”.

Some may have few while others many, some may even have just one.
However, catfish don’t just have one but many benefits to its name. From booming vitamin B12 and D levels to high levels of protein, this fish is excellent for hair, nails, skin and overall bodily functions.

Here’s a nutritional chart for you to see:
Serving size – 1 fillet (100g)
The nutritional values stated below are resourced from FoodData Central 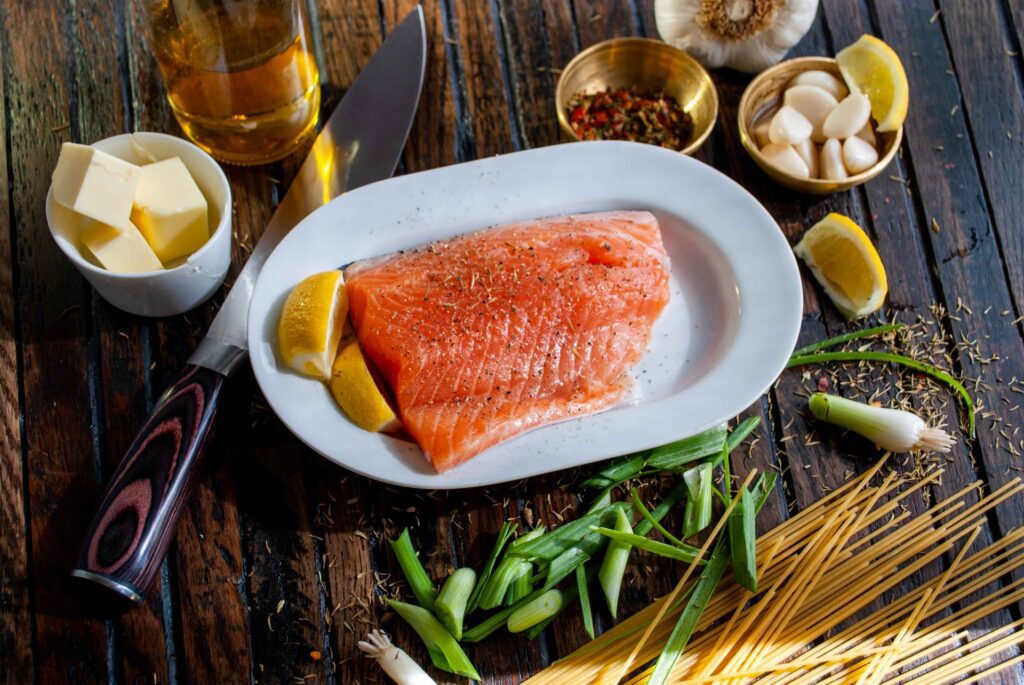 There is a difference between preferring to live and thriving in dirty water conditions. The catfish can do the latter.
Like any fish, it blooms best in clean water – freshwater in this case. However, if conditions worsen, and there is no clean water in sight, catfish can thrive better than most other types of fish.
This makes catfish more adaptable than ‘dirty’.
Simply put, a catfish left in dirty water will survive unlike most fishes, which will sooner or later end up dead. However, this doesn’t mean you should purposefully leave catfish in contaminated water because that will hinder its growth and productivity.

See also: Does Swai Fish Have Fins And Scales? Find Out Now!

Catfish Are Referred To As ‘dumb’

I don’t precisely get what people mean by referring to catfish as dumb. I mean they aren’t meant for solving math problems anyway. 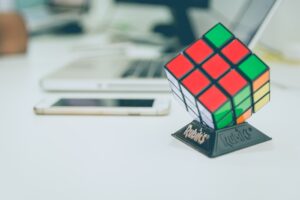 But to clear this doubt, a team of researchers and biologists, led by Gordon Farabee from Missouri fisheries conducted an experiment.

They compared a group of fish on their ability to learn and adapt.It turns out, catfish earned the highest rank when it came to quick learning and adapting. It was termed better than other popularly eaten and praised fishes like trout and bass.

Catfish Feed At The Bottom Of The Sea

Catfish are known for feeding at the bottom of the sea. While there is some truth to this statement, it does not in any way mean that they ONLY feed at the bottom.

Catfish have the ability to eat whatever they want and can at any depth of water. From the surface, mid waters to deep ends, catfish can catch prey wherever they find possible. Unlike other fishes in the sea, they have the ability to search through the water bed and find what they can to thrive even in the most scanty conditions.

Catfish Is Low In Protein

If you have seen the nutritional chart above, you will know that catfish is a protein-rich food. It won’t be wrong to say that it has a less fat percentage. Making it a healthy choice for weight watchers and protein lovers. If you are looking to lose weight and build lean mass, catfish is the right choice of meat. 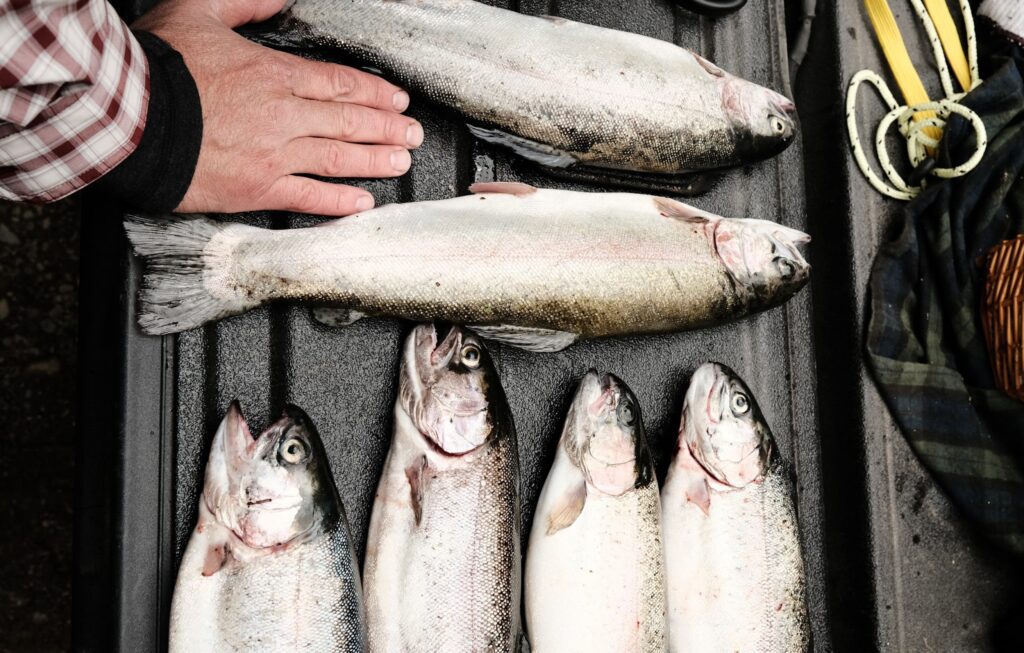 Catfish Is A Non-versatile Fish

Catfish are commonly eaten as deep-fried in the Southern region of American. Due to which people have started believing that catfish is only eatable when fried. Well, the truth is catfish is a tasty fish that tastes good in a variety of variants.

From fried, grilled, broiled to steamed, catfish tastes amazing in every way!
You can make anything including catfish gumbo, catfish soup, or simply grill it with some sauteed veggies on the side! So next time, when you begin to question yourself, is catfish a good fish to eat? Bring in mind these healthy variants!

Catfish Rely On Their Sense Of Smell To Catch Food

Yes, catfish use their sense of smell, but just as much as any other fish. If you have ever gone catfish fishing, you must have heard of or seen at least one such fisher who has a tank full of stinky baits. The myth is that catfish rely on their sense of smell.

Hence the fishers try to evoke it. But the truth really is, they use their sense of smell as much as any other fish in the pool.
And how are you so sure that what you find stinky, smell stinky to catfish too.

As much as they use their sense of smell to hunt down their prey. They also make use of their supervision abilities, electroreception and vibration detectors that help them watch and catch the prey efficiently.

It’s enough that we compare these champion fishes to cats because of their whiskers, but there is no point comparing them with humans because they ‘burp’.
The truth is they don’t burp, at least not how we do it. No doubt, catfish are known for making noises. Some noises they make come from their spine, which researchers suggest is a way to call out for help or to warn their predators.
While there are other noises, similar to burping that comes right from their throat cavity. In actuality, that sound is from their gallbladder. Which is expanding and releasing gas, as we take the fish out from its habitat.

All Catfish Can Kill, By Releasing Poison Through Their Spines

Yes, catfish do release poisonous venom, which can be lethal. But that only goes for a very few and rare variety of catfish. While all catfish do have a sharp spine that they use as a weapon to tackle their predator. The stings from these sharp spines may cause redness, pain, infection and in extreme cases, respiratory distress.
However saying that you will end up dead, fishing for catfish is nothing but a myth.

Catfish That Can Swallow Men!

The most frequently heard myth about the catfish is that there are a bunch of catfish as big as a car, that can swallow up a man in one piece. They reside near the dams and often feed on humans.

While this does sound like a killer story to tell your grandkids, there is no truth to this at all.
Because if it were any true, you would have seen it, but have you? Or your friends? There is always a friend’s friend that heard from his uncle’s friend who died last decade.

So, what do you think now? Is catfish a good fish to eat? Or do you still want to blindly follow the myths?
Comment below and let us know!

With this, our catfish myth-busting episode comes to an end, hope next time you can take a stand and make those around you understand the worth of this precious creature.

Find out more about us, Kabaia are a Food Specialty company specializing in the provision of premium quality food products in the North American market. 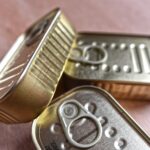 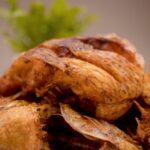